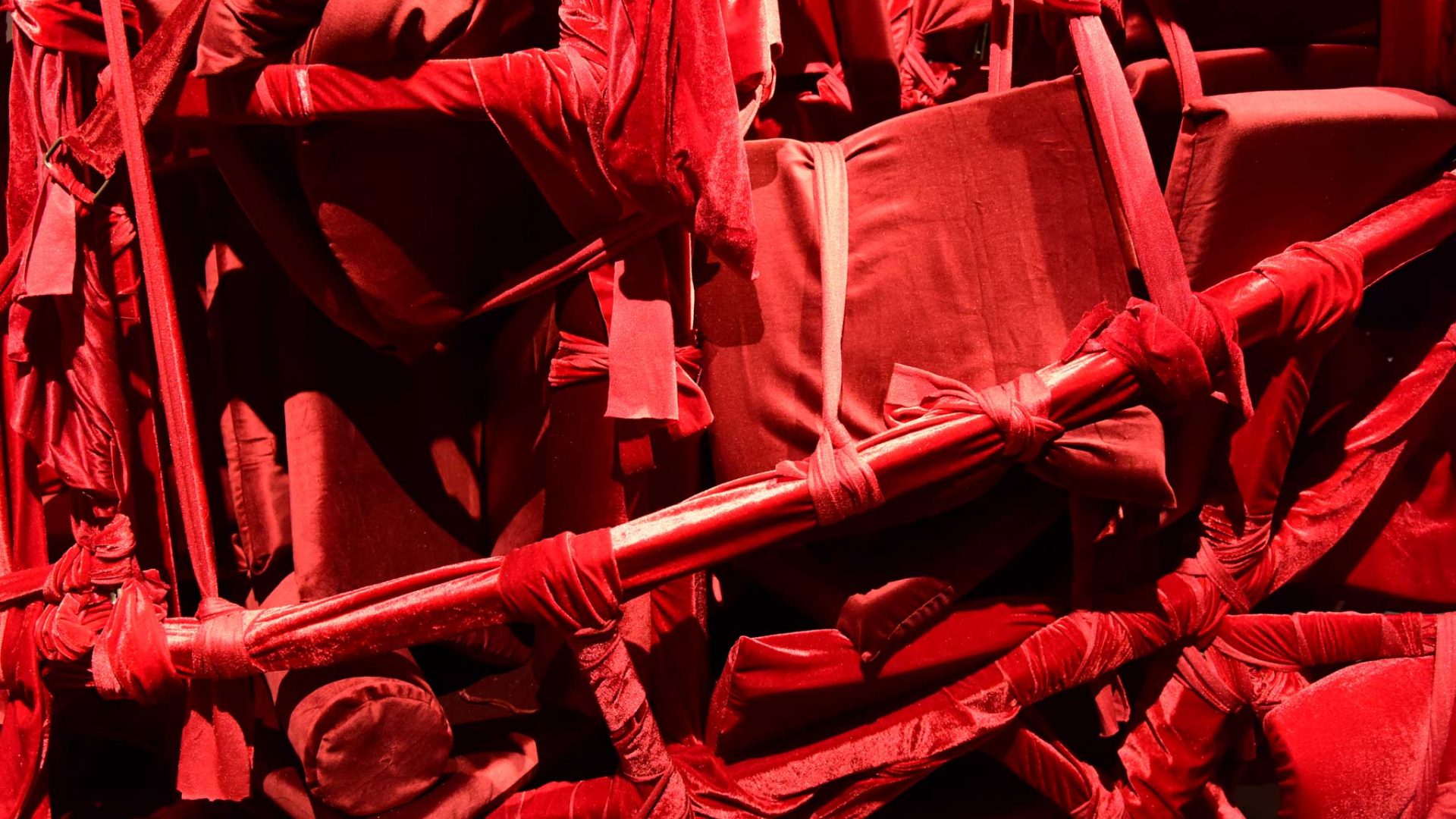 Jose Tence Ruiz (b. 1956) is an intermedia artist who has actively engaged in set design, publication design, book and editorial illustration, painting, sculpture, installation, and performance art. From 1977 to 2004, Ruiz did editorial illustrations for various Manila-based publications as well as the Singapore Straits Times, and for the InterPressService Asia-Pacific, which served Manila, Vietnam, Thailand, Malaysia, Indonesia, India, and Singapore.

Ruiz was a significant figure in the ’70s in the early articulations of what would be known later as social realism. His wide gamut of works continues to critique power and its consequences. He has embraced both traditional techniques in painting and digital manipulations. The themes and motifs of his works harness images from everyday life, such as the jeepney (public transport from the Willy’s Jeep) or kariton (wooden improvised cart). He draws from Philippine art, folk and religious devotion, native mythology, media and popular culture, politics and history, computer technologies, and biomorphic patterns. His inventive probe of the techniques of appropriation and pastiche has given rise to innovative forms. The mingling of humor and a sense of play in the appearance of the works and their titles creates a tension between the density of meaning and the latter’s affective, oftentimes lucid qualities.

He has participated in various international projects, among which were: the Rencontre Internationale d’Art Performance, Québec, Canada (2014); the Havana Biennial in Cuba (2000); and the Second Asia Pacific Triennial for Contemporary Art in Brisbane, Australia (1996).