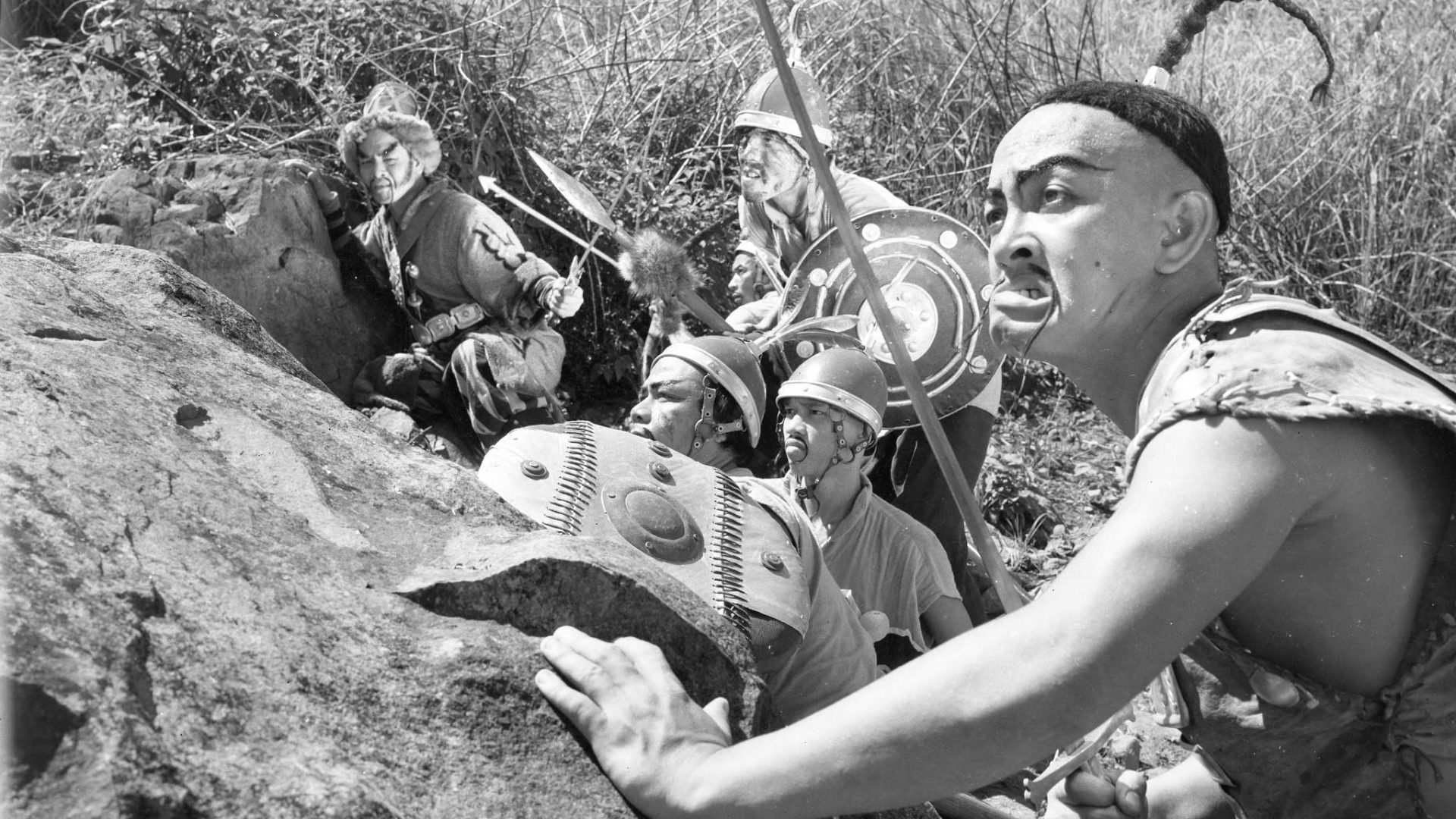 Manuel Conde (b. October 9, 1915; d. August 11, 1985) was a prolific writer, actor, producer, and film director. Conde’s early forays into film included a stint as a ventriloquist who performed in tandem with a doll named Kiko; and as assistant director to Carlos Vander Tolosa of LVN Films. Under this production company, he directed his first film, Sawing Gantimpala (Tragic Reward, 1940), a cinematic adaptation of a novel written by Susana de Guzman. From 1939 to 1973, he directed and acted for LVN in such films as Ibong Adarna (Adarna Bird, 1941), Orasang Ginto (Clock of Gold, 1945), Apat na Alas (Four Aces, 1950), and Señorito (1953).

Conde’s cinematic collaboration with Carlos Francisco started when he produced his own films under MC Productions, where Francisco did the production designs. This company made films like Si Juan Tamad (Lazy Juan, 1947) and Si Juan Daldal (Talkative Juan, 1948). Informed by a socio-political consciousness at once searing and subtle, the stories revolve around a lazy yet cunning character whose origins can be traced back to folk tales.

Conde was posthumously conferred the Order of National Artist for Film and Broadcast Arts in 2009 for enlivening the Philippine cinematic language with folk literature, political criticism, and grandeur.