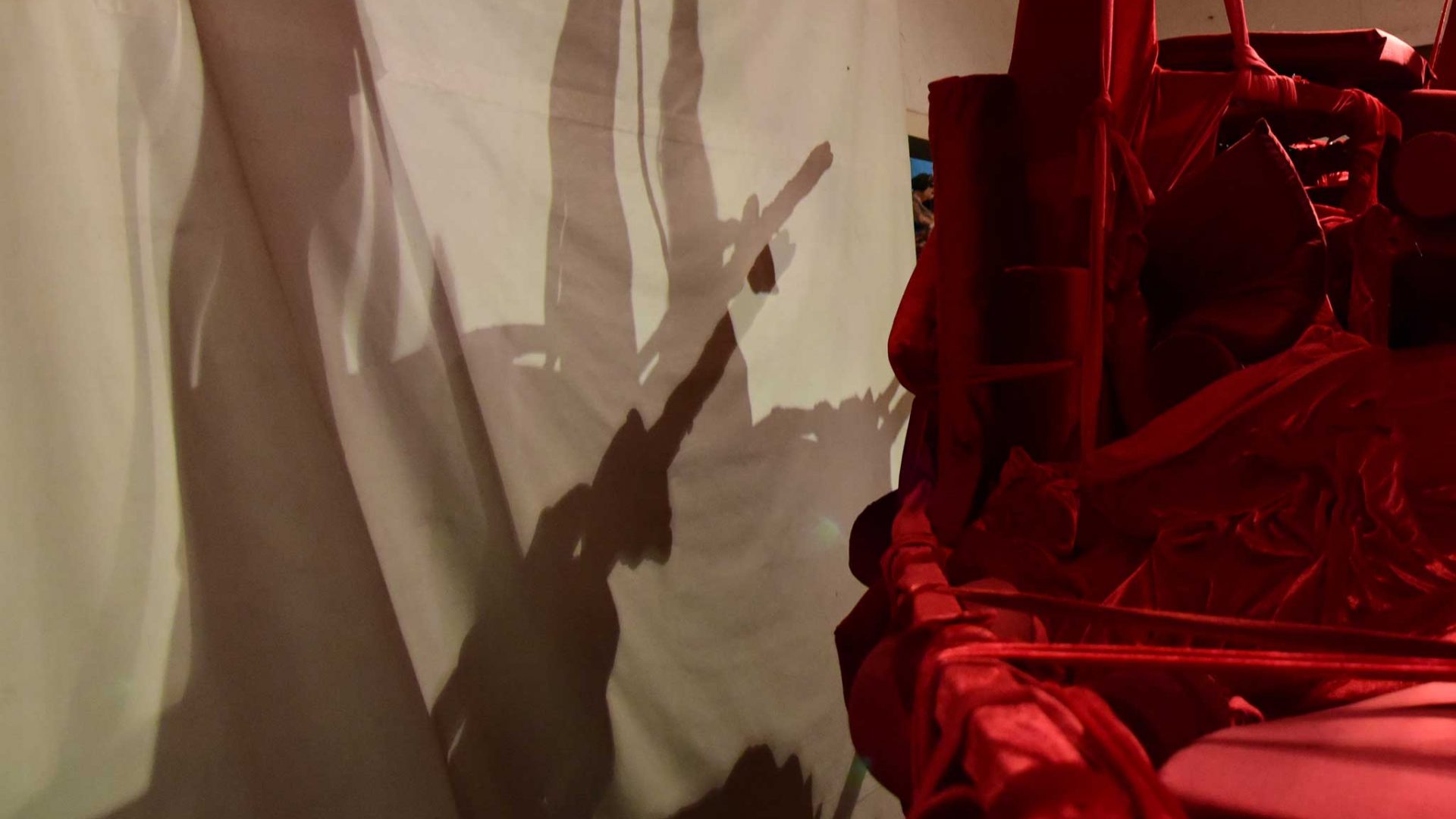 The Philippine Pavilion moves around Manuel Conde’s Genghis Khan, a seminal Philippine film made in 1950 in Manila and Angono; re-edited and annotated by the American writer-critic James Agee; and screened at the Museum of Modern Art and the Venice Film Festival in 1952. It was co-written and designed by Carlos Francisco. Conde and Francisco are National Artists of the Philippines. The theme of the Pavilion comes from the line uttered by Genghis Khan at the end of the film as he promised his concubine that he would lay the empire he will conquer at her feet.

As the Philippine representation returns to Venice in 2015 after fifty-one years,so is the film revisited as a trajectory into the very idea of Venice as the place that first recognized the country through the moving image. This travel offers an opportunity to reflect on the condition of the world today and the potential of a Philippine Pavilion to initiate a conversation on the changing configurations of this world– on the volatile meanings of territory, country, nation, border, patrimony, nature, freedom, limit, and the “present passing.”

At a tangent to Genghis Khan, the work of Jose Tence Ruiz, Shoal, references the Sierra Madre. The New York Times describes it as the vessel of Vietnam War vintage that “the Philippine government ran aground on the reef in 1999 and has since maintained as a kind of post-apocalyptic military garrison, the small detachment of Filipino troops stationed there struggling to survive extreme mental and physical desolation.” Ruiz evokes the spectral ship as an ambivalent silhouette of a shoal through his assemblage of metal, velvet, and wood. The trace that is also a monument thus settles into and becomes a reef-outpost-detritus-ark floating on a contested vastness, at once forlorn and prevailing both as saga and shipwreck.

For his part, Manny Montelibano presents the multi-channel video piece, A Dashed State, on the West Philippine Sea, which is part of the disputed South China Sea. It dwells on the atmosphere of a lush locale, particularly the sound of epics and radio frequencies that crisscross the expanse, and the vignettes of seemingly uneventful life ways of islands. The film invites discussion on the history of world making and the history of the sea in the long duration, and in relation to the histories of empires, nation-states, and regions. From the vantage point of Palawan, threshold to Borneo and the South China Sea, Montelibano films the conditions of the impossible: what makes a common sea and where do frontier and edge, melancholy and migration lie.